The Bachelor recap: We’ve never seen this before on the hometown dates

Peter got another glimpse of what his future could hold with each of the four women he met in their hometowns along with the family. 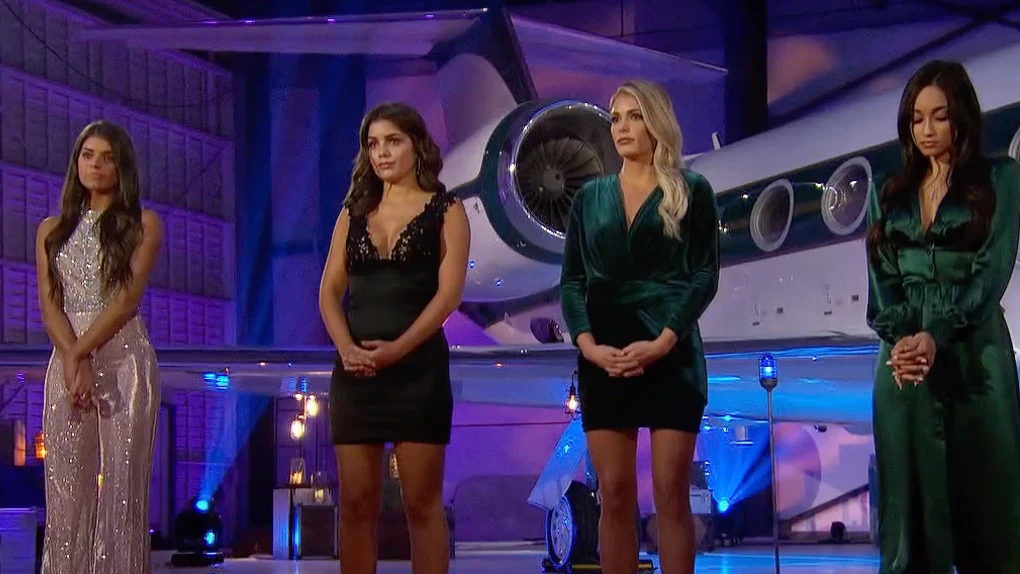 SPOILER ALERT: Do not read if you haven’t kept up with the latest episode — lots of emotions and shockers up ahead!

It’s officially hometown week on “The Bachelor” and this season has left everyone with mixed emotions.

His first stop this week throughout the girl’s hometowns was in Knoxville, Tennessee. Hannah Ann holds the infamous first impression rose and has developed very strong connections with Peter in the midst of all the drama that went on in this season.

She decided to take Peter on an axe throwing date, which was inspired by her father who is a forester. Peter took this opportunity to give Hannah Ann a list of all the reasons he loves her as a tribute to note she had written for him a week before.

Peter ended the night by telling Hannah Ann he’s falling in love with her after having an intense conversation with her father. It’s safe to say that the pair truly solidified their relationship this week.

Next, the show travelled to Des Moines, Iowa. Kelsey went on her hometown date with Peter where they made wine. While stomping down an entire tub of grapes, Kelsey and Peter continued talking about the potential of their relationship and Kelsey’s openness in telling Peter she has fallen in love with him.

After meeting Peter, Kelsey’s mother was straight forward and admitted to knowing how emotional and vulnerable her daughter can be, ultimately pleading for Peter to not break her heart throughout this journey.

Then Peter travelled to Auburn, Alabama for his hometown date with Madison. This episode highlights more about the importance of faith to Madison and her family and the importance of continuing in that way in terms of her relationship with Peter.

After beating Peter on the basketball court at Auburn University, where Madison attended and her father is a current head basketball coach for, they headed to Madison’s home to meet the family.

Peter was welcomed to their family with cute traditions, including what it means to get the “special plate,” and a prayer over everyone by Madison’s father at the dinner table.

Although Peter already told Madison he has fallen in love, she still has yet to share those words back and be fully transparent about the promises she made to herself about waiting for marriage.

The last stop was Virginia Beach where Peter met Victoria F. Although she is my least favorite contestant, she has somehow left a very strong impression on our Bachelor and has made it so far in this journey.

Victoria F. took Peter to take fun old time photos in her hometown and surprised him with a Hunter Hayes concert at the end of the date. This was probably an attempt to make up for the Chase Rice situation previously, which we all remember was just super awkward.

Regardless, they had the time of their lives dancing the night away, with everything seeming to fall into place.

At least that was the case until Peter got hit with a bombshell by an ex he ran into after saying goodbye to Victoria F.

Marissa, a long time ex girlfriend of Peter’s, approached him with the intentions of giving him a warning. At her request, her face had been blurred but she ultimately left Peter with a concerning message.

Marissa claimed that Victoria had been a factor in breaking up multiple relationships and to “watch out” before Peter continues pouring into on the rest of this journey, leaving him more confused than ever.

As he approached Victoria F. at her home with the worst mindset possible, Peter took her aside to clear the air. It only got worse from there.

Completely avoiding resolving any kind of questions for Peter, Victoria F. got up and walked away in the midst of the conflict out of disgust and frustration. This left both of them confused on where they stand because of the lack of communication with one another whenever high tensions like these arise.

Ultimately, Peter apologized for making it seem like he was taking his ex’s side and decided to drive away without meeting the family. Victoria was left crying outside of her driveway as her family walked out to comfort her.

Peter and Victoria talked it out the next day and resolved the tensions once again, continuing their broken record.

Finally, the rose ceremony came around and with all the ladies incredibly nervous in the fate of their future, Peter started out explaining that his decisions are getting tougher every time.

Hannah Anne and Madison are given the first two roses, which, there really wasn’t a surprise there. But all of Bachelor Nation were left screaming at their TV’s when Peter gave his final rose to Victoria F. over Kelsey.

It was a crazy intense and emotional episode, but before it ended, Madison stopped Peter as he was walking out and asked to talk.

Will she finally open up to him about her value in celibacy? Will this change Peter’s mind in any way about his feelings for Madi? Well, we’ll just have to tune in next week to find out.